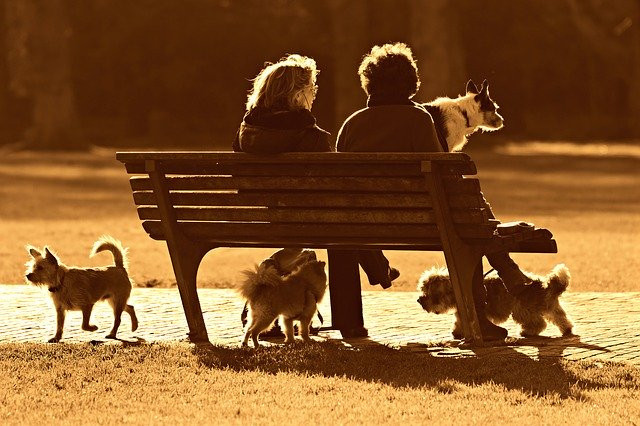 Dog parks can be a special place. Unless you’re lucky enough to have a large fenced in yard, it’s the one place your dog can be themselves off leash to their heart’s content.

That being said, a dog park is only as great as the dogs and dog owners inside of it! There are many ways that we as dog owners need to behave and responsibilities we need to uphold while we enjoy dog parks if we want them to be happy, fun spaces. Whether you’re completely new to dog parks or a veteran, the following list of dog park etiquette rules will ensure you’re being a responsible dog parent.

Do Watch Your Dog

Although your dog will likely be having a lot of fun doing their own thing, you still need to watch them to ensure they don’t get in to trouble. Whether its aggressive behavior with another dog, digging where the shouldn’t be, trying to jump a fence, or any other sneaky behavior, you need to keep an eye on your dog for everyone’s safety. 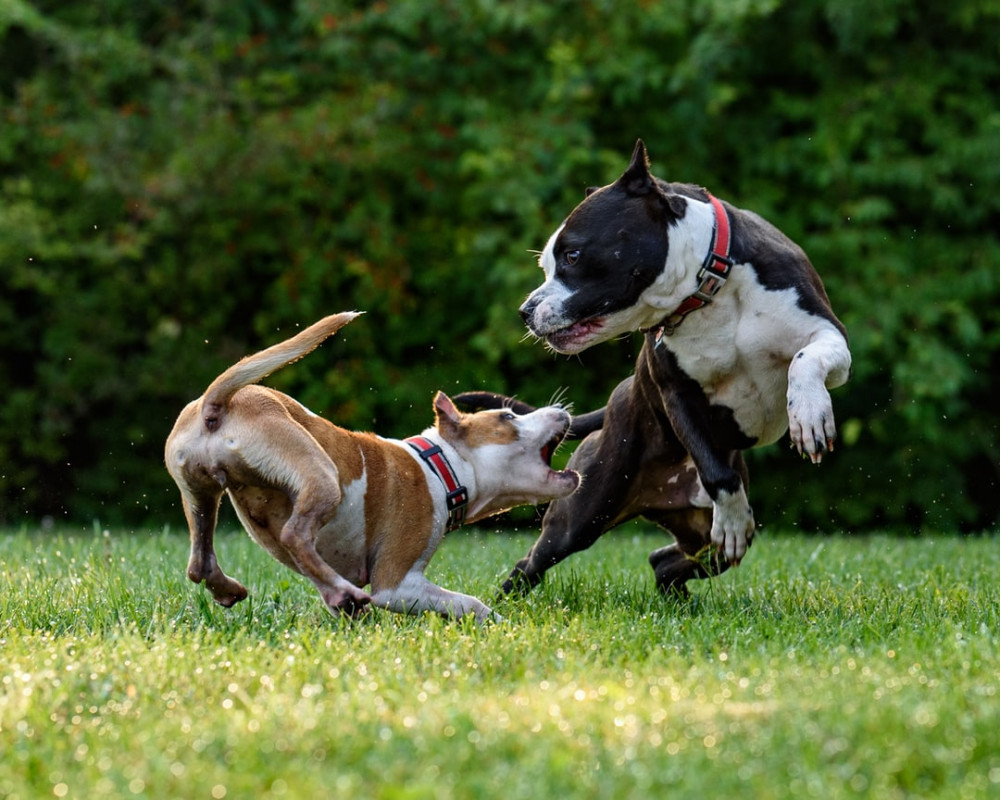 Nothing is worse than a dog park full of poop. You don’t want to be stepping in dog poop and you don’t want your dog’s paws to be covered in poop, so do your part and clean up after your dog every time! This is another reason why you need to be watching your dog.

You need to be mindful of how your dog is making other feel and stop any unwanted behaviors. You shouldn’t let your dogs do things like constantly bark at other people, play rough with smaller dogs that are frightened, pee on seats for humans or in the water bowls, etc. 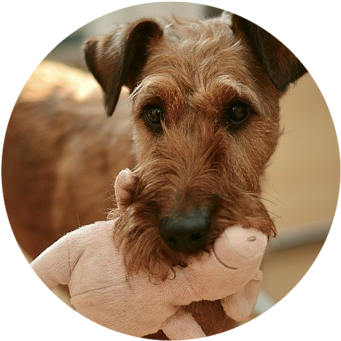 I’ve seen this dozens of times – someone means well by bringing a baggie of treats to the dog park only to find themselves swarmed by dogs jumping up at them or worse, dogs start fighting with each other in competition for the food. The more dogs the more chaos that ensues.

You also shouldn’t bring any special toys or favorite toys of your dog’s to the park. Every toy in the park should be considered community property. I’ve seen some owners get really mad about another dog touching their dog’s dog toy. In a dog park there is no sense of property between dogs, you can’t expect that only your dog gets to play with their toys.

Also, if your dog is really possessive about a toy, it’s a horrible idea to bring that to the park. I’ve seen possessive dog’s get into fights over toys, their is just no need to bring that kind of drama to the park. Your aren’t doing your dog any favors, you’re just putting more stress on them and a real possibility of them or another dog getting injured as a result of fighting.

Don’t Bring Anything That Could Be Dangerous to Dogs

This seems obvious, but should be stated, don’t bring things like glass bottles that could break and be a hazard to dogs. Don’t bring drones that could cut a dog with a propeller. Don’t bring small toys that could be a choking hazard to larger dogs. If you bring a purse of backpack, ensure that it can shut securely so a dog can’t sneak into it.

Some dog parks provide water fountains on premise which is great, but for those that don’t (or if the water fountain is turned off for whatever reason), plan on bringing water. Gallon jugs are perfect for this.

When you bring water, bring enough to share. Just like toys and treats, water at the park is community property so don’t expect that other dogs aren’t going to also drink the water you bring.

Female dogs that are in heat should be left at home. Primal instincts will kick in and cause a lot of fights, headaches, unwanted canine pregnancies! 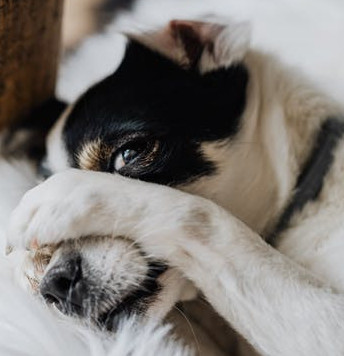 If your dog has had an illness recently that could be spread to others (like kennel cough), they shouldn’t be in contact with other dogs until approved by your vet. Also, if your dog is unvaccinated, you shouldn’t bring them to a dog park for their own safety. They could catch a disease from other dogs or other wildlife in the park.

Don’t Bring Kids (Unless They Can Handle Dogs)

A dog park is meant for dogs to be able to run around and play freely. it’s not meant to be another playground for your children. Many dog parks have rules like no children under 13 permitted.

If you bring a child, they should be able to handle being around large dogs and shouldn’t do things like running around screaming which could cause dogs to chase them.

Be Mindful When Entering / Exiting The Park

Most dog parks have a double-gate system to control the flow of dogs into and out of the park. The rules are pretty easy to follow, yet I’ve still seen people mess it up and let a dog loose from the dog park. 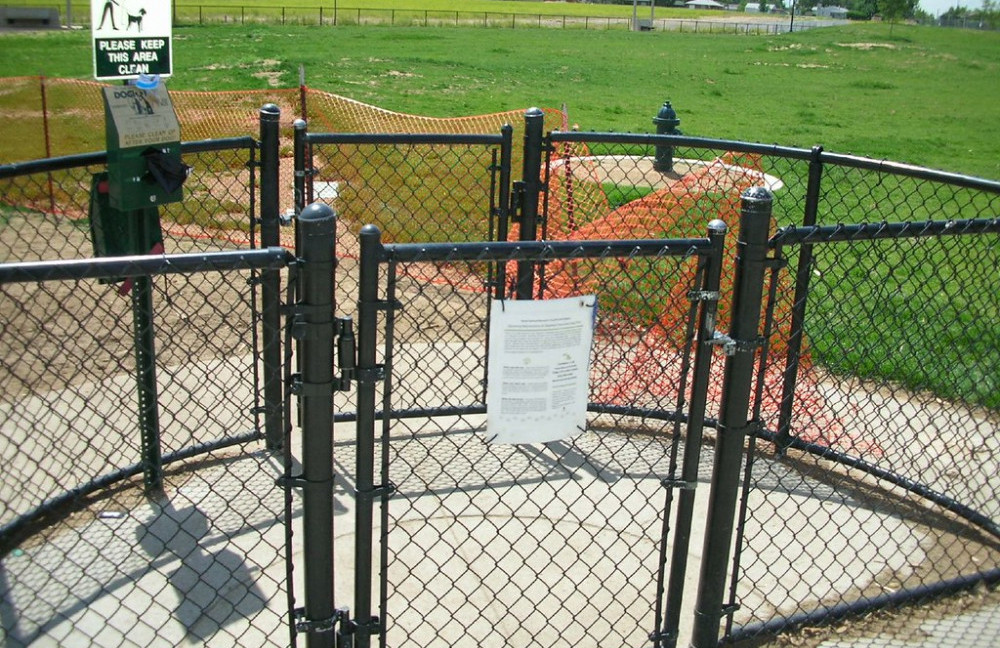 Know When To Leave

Dog parks can be wonderful but they can also be a nightmare depending on what the mix of dogs and dog owners are in the park at any given time. If your dog starts acting strangely with aggression, fear, or some other emotion it’s best to head out before anything escalates. Being able to read the energy in the park is a good skill to build up over time and can prevent you from being in some bad situations.

Have another idea for dog park rules or etiquette? Please feel free to share your tips with us by leaving a comment below!

I now have more awareness about how to raise a healthy, happy and well-mannered ” man’s best friend”

Thank you! God Bless and have a wonderful week!
Hope you enjoy our site will be adding more articles and shortly!