Training For Your Dog

When Should You Start? 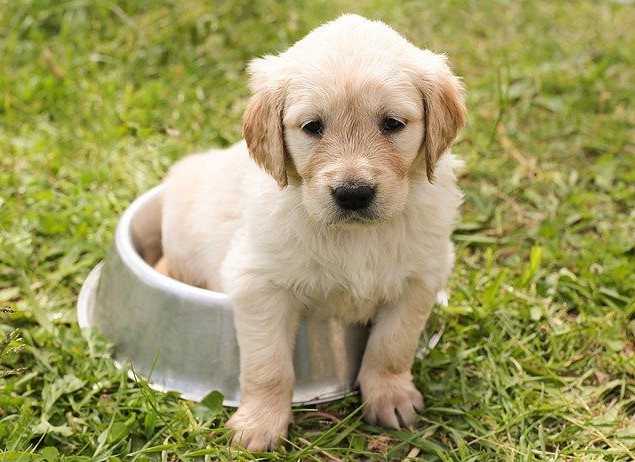 Ideally, the best time to start house training your puppy is between 12 and 16 weeks old. By that age your dog will have enough control over his bladder and bowel movements to be able to hold it as needed. If your dog is older than 16 weeks and has already developed unfavorable potty habits, it is still very possible to train them using a seven-day potty training schedule.

The “Potty Training Schedule”  We Can Do This!

On the first day, you need to establish a regular feeding schedule, with no food between meals, is key to establishing a consistent potty routine.

Keep in mind that young puppies should be fed three to four small meals per day to help with digestion and keep their energy levels consistent. Do not regulate water, provide as much water as your pup desires.

On the second day, establish a consistent schedule for taking your pup outside to do his business. You should always take him out first thing in the morning as well just before you go to bed at night.

If your puppy is only a few months old, he should also be taken out every hour or so during the day, including after his meals and ideally, when he wakes up from a nap. It’s also a good idea to take your pup outside after he’s been playing of after he has finished chewing on a toy or bone. Keep in mind that puppies tend to defecate more than adult dogs. Up to five times a day is normal.

Make the experience of going outside an enjoyable and rewarding one for your dog to instill this good behavior. After he does his business, offer him a treat or verbal praise. You could also offer the reward of a walk around the neighborhood.

Use day three as a day to really drive home the location of where he is supposed to relieve himself – this is key. When a dog learns that one spot is the “potty spot”, he will automatically want to pee when taken to this location.

Take note of where your dog has done his business, and take him to the same spot each time you bring him outside to relieve himself.

Now it’s time to work on spotting the signs that your dog is about to go potty. Pay special attention to your dog when you see a behavior change, especially when he gets up from laying down and walks into a different area of your home.

By tuning into your dog’s signals, you’ll be able to bring him outside before any accidents happen, and you’ll also be able to avoid unnecessary trips outside when he doesn’t need to do his business. Some signs that your puppy to “go” include: whining, barking, circling, sniffing, or – if he is unconfined – even scratching at the door.

Now that we’re at day five, your dog should be having fewer accidents inside the house (with help from you guiding him outside when you see the signs he needs to go). There will still be the occasional accident, however, especially if he is less than a year old.

Approach accidents in the right way. When this happens, do not punish your pup. Instead, when you catch him eliminating in the house, clap loudly to let him know he’s done something inappropriate. Then, immediately take him outside by calling his name or leading him gently by the collar. When he finishes eliminating outside, respond by giving him praise and / or a small treat to reward the behavior.

Avoid cleaning up your dog’s accidents with an ammonia-based cleaner, as the smell may attract him back to the spot and prompt him to eliminate there again. Instead, use an enzymatic cleaner to minimize odors.

This is a status check day while making sure you are maintaining consistency. Your puppy should be making significant progress at this point in his potty training efforts.

If your puppy just can’t seem to get the hang of potty training at this point and continuously has accidents in the house, you may want to consider taking him to a veterinarian to rule out any medical conditions as soon as possible

Congratulations, you made it! After a full week of consistent house training, your puppy should be doing his business outside and offering signals when he needs to relieve himself. Continue your pup on a regular feeding schedule as well as regular trips outside to the same location to reinforce his training and decrease the chance of a setback.

If your dog is having trouble with one specific aspect of potty training, make sure you focus in on that aspect and reinforce good behavior when he does get it right.

Increase the Time Between Bathroom Breaks

Now you’ve established a routine around bathroom breaks, you can start to increase the time between your puppy’s outdoor visits. A good general rule of thumb to determine how often your dog needs to go outside is that a puppy can “hold it” for about as many hours as he is months old, plus one. That means, for example, that if your dog is three months old, he should be able to “hold it” for up to four hours. Remember, though, that he will still need a potty break shortly after his meals as well as first thing in the morning.

House training Your Puppy with a Crate

Its all about your schedule and your individual dog’s temperament, you may consider using a crate to aid you in potty training your pup. If you’re comfortable using a crate, it may help you keep a better eye on your dog, so you’re better able to recognize his signals that he needs to relieve himself. A crate can also teach your pup that he needs to “hold it” until you open the crate and bring him outside.

When your using a crate keep a couple of things in mind.  Make sure the crate is large enough for your pup to stand up in, turn around, and lay down.  You don’t want the crate so large the he can isolate a spot in the corner to relieve himself.

Patience and persistence are important when it comes to potty training, and your efforts will be well worth it in the long run. More importantly, every dog is different and some make take longer to pick up good habits than others.